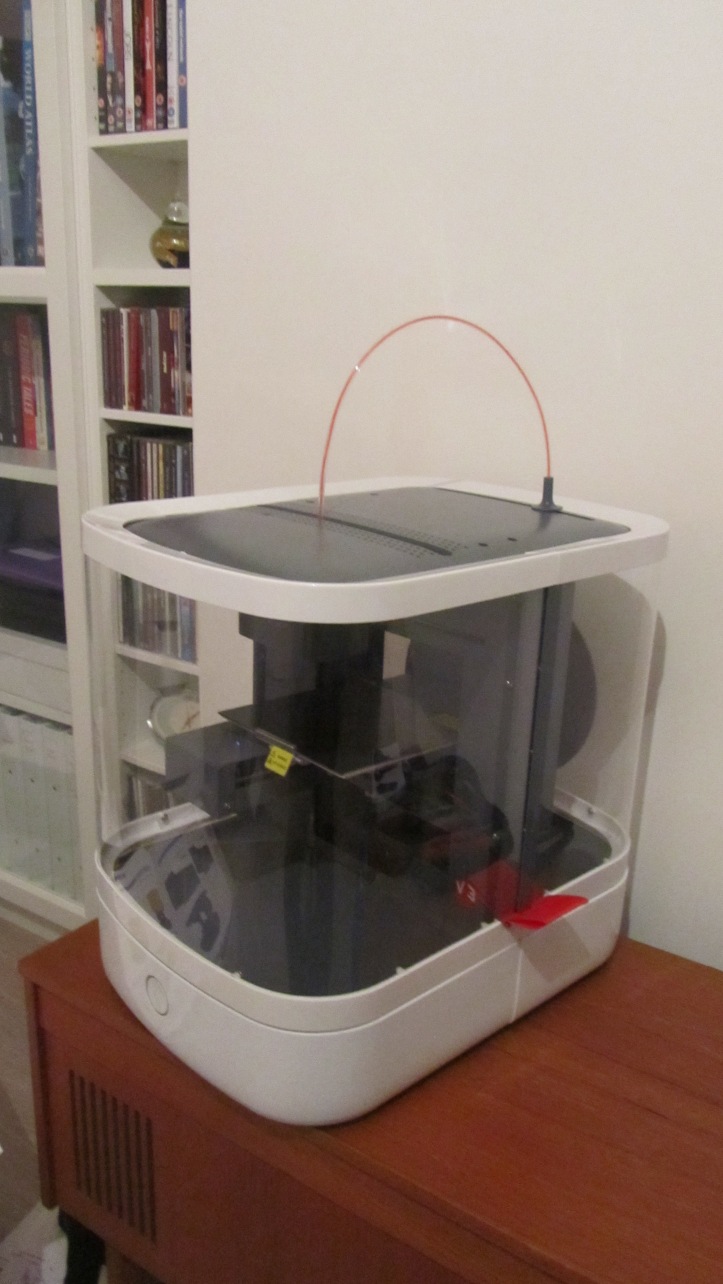 At last the day has come after 22 months and 90 issues of 3D Create and Print I have finally assembled and completed the printer. I am now officially the proud owner of 3D printer and it has been my most exciting and interesting electronics project. Who’d have thought it would be possible for me to own a machine as technologically advanced as this beautiful piece of hardware.

The printer’s construction has gone through three phases. First I started by assembling the mechanical structure of the printer with the frame, the axis shafts and the motors and the shell of the printer. Then with the second phase I fitted the electronic components which included the mother board, the tester switch, the power supply, the DC power port and the wires and cables. The last phase consists of the print head where the nozzle is for the extrusion of the plastic filament and the plastic hood that covers the printer to protect the print job.

When I looked into the issues I discovered that due to a technical issue there is a problem with the plate heater. Extensive testing of this part revealed that it wouldn’t last as long as they expected it to. For that I had to remove a component from the printer and fit the new plate heater. This was an exercise in upgrading components and it was quite a strenuous job. I had to put a number of screws aside and put them in a small container being careful that they didn’t get lost. This upgraded plate heater also had a few extra advantages. The cable of the plate heater had a thicker plastic coating which allowed me to discard the wire protector that was fitted previously. After I put the screws back in I moved the print bed about to see how it could perform and to my amazement the new cable made the print bed move a lot smoother to allow for better print job. 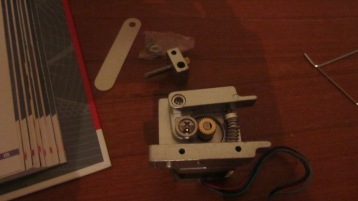 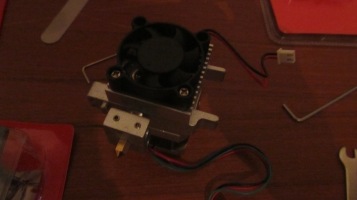 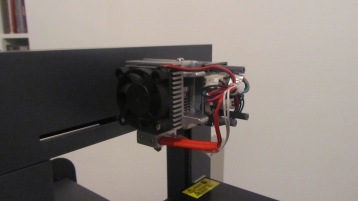 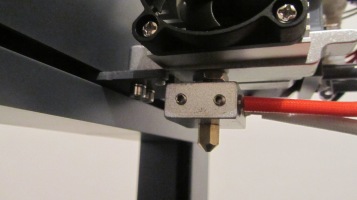 I had a slight problem when it came to fitting the print head heater. The heat sensor’s probe couldn’t fit into the hole that is meant to go into. I later discovered from a Facebook post that the hole was like that for everyone. Apparently the shaft had been drilled to the wrong shape making it smaller at one end. To correct this problem I had to get a 6 mm drill and carefully drill through the shaft to increase the width. It was a delicate and steady procedure. Afterwards I could resume construction.

After the print head was fitted to the y-axis shaft I could now fit the last of the printer’s structure. The next step was to fit the rotary wheel at the back so that the printer’s filament could be loaded and channelled through a feeder tube into the print head. Once I got that done I could work on the hooded screen that protects the printer’s mechanical workings. As I was building the hood’s front and back parts I kept the support struts on the frames so that I could slide the plastic screen on easily. The front hood is actually bigger than the back hood. 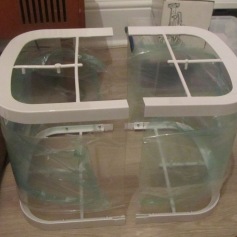 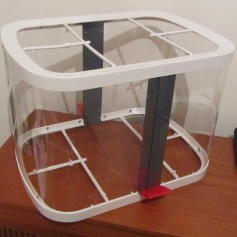 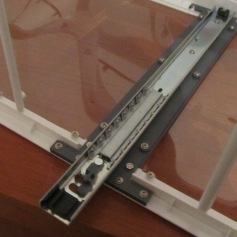 After fitting the hood sections together the last fitting was the sliding mechanism to put on the sides to open and close it on the printer. The printer hood was fitted on and then fully assembled on 2nd October 2016 at 11.49pm. I love my building of machines so much I work on them into the night. The whole concept of engineering and building things is so addictive than any TV show. I was so hooked on this build I had skipped my planned TV viewing time.

The fun in building and dabbling a creative and critically skilled task allows you to exercise your imagination. Forget video games, forget TV, don’t just explore your passion as a couch junkie get into it like you need to explore what makes it tick. There are some things in a hobby that won’t get in school or just by sitting there taking notes from information. Most successful people attribute their success to their passions, not their education.